The most important part of any shoe is your experience over the hundreds of miles you’ll take them on. To help you find your next great pair, and to get a sense of how updates to your favorite road or trail shoe may change how it fits or performs, we review hundreds of men’s and women’s shoes each year. Scroll deeper for longer reviews of our 7 top picks so far this year.

With its penchant for stiffer soles and high-density medial posts, Asics seems to love classic stability shoes, and the Kayano reigns over them all. It’s the company’s flagship stability model, which means you get plenty of visible tech (read: gel, still going strong after more than 20 years) and high-quality construction. The 27th version gets a revamped, sturdier heel counter, deeper outsole flex grooves and a new gender-specific truss (torsion-control device) that better caters to the different support needs of men and women.

Long-term Kayano fans will be delighted: this is perfect for runners who are after stability and plushness on a long run. We found that older and heavier runners tended to rate it more highly than did lighter and younger ones, who complained about the weight, the relative lack of ‘pop’ and the ‘old-fashioned’ feel. Asics shouldn’t mind about that, though –it knows exactly who this shoe is for, and for them it does the job very well. 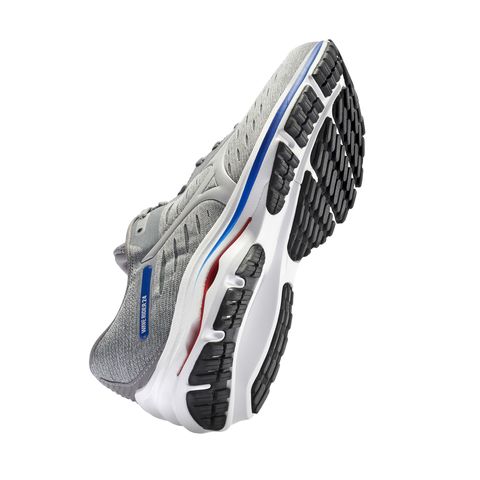 The Wave Rider, launched in 1998 and now in its 24th iteration, has always suited runners looking for a reliable, high-mileage, neutral-cushioned shoe. The new version features a number of changes. The upper has a more breathable mesh, there are fewer overlays in the midfoot, and the tongue and heel collar lining have been tweaked to offer more comfort and less pressure. The main change, though, is the addition, in the rear, of Enerzy, Mizuno’s new cushioning foam.

The brand says Enerzy is 17 percent softer and offers 15 per cent more energy return compared with its previous best foam, U4ic. Our testers loved it, almost all giving it the maximum 5/5 score (one loved the shoe but not the price). Francis Pyatt of Macclesfield Harriers summed up the collective feeling: ‘This is a good balance of the things many runners would want in an all-round shoe. It’s an excellent daily trainer that combines grip, durability and a nice “pop” from the cushioning in a lightish package.’ 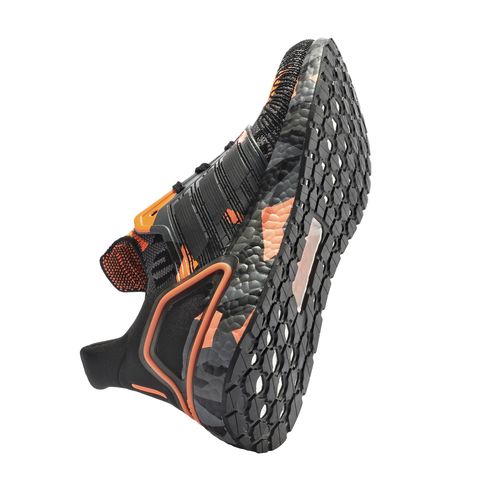 There was a clear divide among our testers as to whether or not the Ultraboost, with its premium pricing, represents value for money. Everyone loved the two features that the Ultraboost is now famous for: the awesome grip, even in the wet; and the fabulous cushioning from the Boost midsole foam. The feel of putting the shoe on was variously described as ‘luxuriant’, ‘sensual’ and ‘giving you that “aaah” feeling’. The consensus was that this shoe will see you right for several hundred miles of steady runs.

Faster runners thought £160 was a lot to pay for a one-trick pony, but slower runners found the UB20 suitable for all their sessions. One of the few changes to the shoe from version 19 was the addition of Tailored Fibre Placement technology – put simply, this means there are different densities of weave in specific places to hold your foot in place and stop any of the slight sagging that can develop in shoes with knitted uppers.

This long run shoe is focused on comfort, with a stretch knit upper and specialized heel designed to keep the back of the foot stable and supported. The FreshFoam midsole provides cushion to spare.

The Swiss brand’s goal is to make you feel like you’re running on clouds. This shoe, with its double-layered CloudTec cushioning system, gets you additional energy return and propulsion for your long runs to pair with the next-level comfort.

The Adidas SL20 had a somewhat unfortunate history so far, although it’s only been our for less than a year. Announced, the SL20 heralded the coming of the now widely used Lightstrike foam: a light and responsive foam that now powers shoes like the Adidas Adizero Adios PRO, a record breaking pair speedsters.

The Adidas SL20 is not a racing shoe, mind: it might be super light and easy to run in, but it was designed for training as opposed to racing. It’s not a problem though as the SL20 is indeed an excellent running trainer that also doesn’t cost the earth either.

You’ll find all the trademark Adidas features in the SL20, including the lightweight mesh upper, the Continental grip outsole and the dependable running performance. The biggest criticism we can offer is probably the lack of personality. The default black/white/coral SL20 looks pretty much like all the other Adidas shoes released at the time, including the Ultraboost PB, the Adizero Pro and the likes.

The Brooks Hyperion Tempo was announced in January and didn’t get the attention it deserves, partially due to the lockdown and because Brooks is one of those brands only hardcore runners know about. A shame, as the American manufacturer has a lot of amazing running shoes, including but not limited to, the Brooks Hyperion Tempo.

The Brooks Hyperion Tempo is a running trainer and works in tandem with the carbon-enhanced Brooks Hyperion Elite racing shoes. Both shoes use the brand new, nitrogen-infused DNA Flash midsole which is responsive, bouncy and light.

As it was explained to me on a press briefing in January by Brooks’ Blue Line senior manager Nikhil Jain, the main aim of the Hyperion line is to reduce ‘deviation from the ideal stride’ which in turn results in and better energy return and less fatigue, even after longer runs.

Running in the Brooks Hyperion Tempo feels light and responsive indeed. The midsole is springy but not to a degree where it would hinder performance: my best attempt to characterise it would be to call it ‘supportive bounce’. the DNA Flash midsole reduces impact force and creates a smoother transition from heel-to-toe.

I also found the upper a good fit: not race tight but not loose either. The slits at the front of the woven upper allow air to enter the shoes improving air flow in the shoes. This can reduce swelling during long runs and improve comfort levels in general.