To see this little ball of fluff, you’ve got some travelling to do—it’s called the Arctic hare for a reason. Baffin Island, Nunavut, is about as arctic as it gets, and when you’re travelling this far north, you’ll want to enlist the experts. Leave the legwork to Exodus Travels, so you can keep your eyes peeled for adorable animals. There’s loads of wildlife here, from polar bears to arctic foxes to lemmings. You could say it’s the Canadian capital of cute! You may need to warm up a bit after acting like an Arctic explorer; luckily, Grind & Brew Café in Iqaluit has plenty of hot coffee and food. 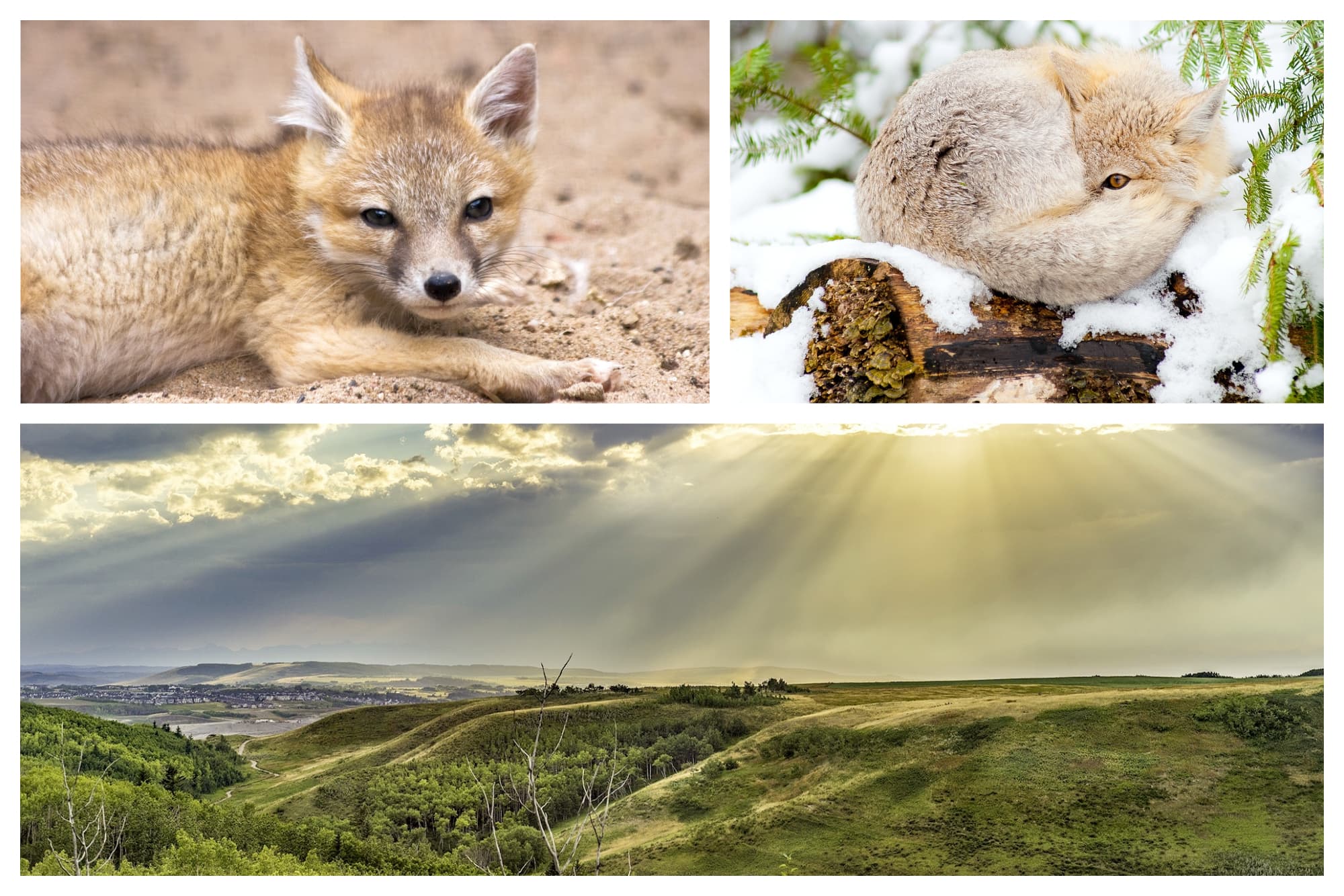 After the hare, comes the fox! The swift fox is about the size of a house cat and much, much cuter. Unfortunately, she’s also endangered, but reintroduction programs are on the rise and seeing success. The Cochrane Research Institute in Cochrane, Alberta, is one organization working to help them. You may have to apply to be a volunteer to meet one of these charming canids, but we’d say it’s worth it. If you just pay a visit, be sure to head to Ducks on the Roof afterwards and end a great day with triple-decker sandwiches and beer.