History is often reduced to a handful of memorable moments and events. In Black history, those events often include courageous stories. But these are only a few of the significant and important events to know and remember. The first celebration of Black History Month took place in February 1970. Within six years, it was recognized nationally. The month-long celebration gives all Americans a chance to reflect on the history of African Americans, from their many achievements to the struggles they endure to this day. Over 50 years later, we continue to set this time aside to praise black Americans who have excelled, overcome, and made history. Here are these important facts that you may not already know.

1. Matthew Henson was a key member of the first successful expedition to the North Pole and made seven separate voyages to the Arctic 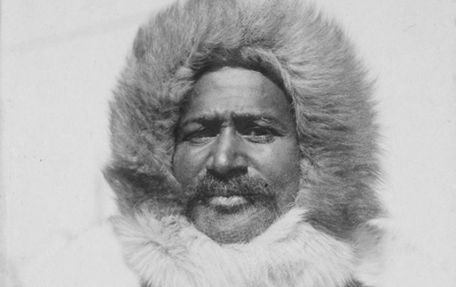 On April 9, 1909, Matthew Henson and Robert Peary arrived at the true North Pole. But getting there was no easy feat. The pair had made former attempts, but all had failed, including one where six members of the expedition team died of starvation. After they finally made it in 1909, Henson and Peary went on to explore the arctic for another two decades.

However, because this was the early 1900s, upon their return home from the North Pole, Peary was met with extensive praise, while Henson was barely noticed. In 1912, Henson published a memoir titled A Negro Explorer in the North Pole that detailed his Arctic adventures. It helped call attention to his role in the achievement, but he was still mostly forgotten. In 1937, he finally received long-deserved recognition when he was invited to join the New York Explorer’s Club. It wasn’t until 2000, after his death, that Henson was awarded the National Geographic Hubbard Medal.