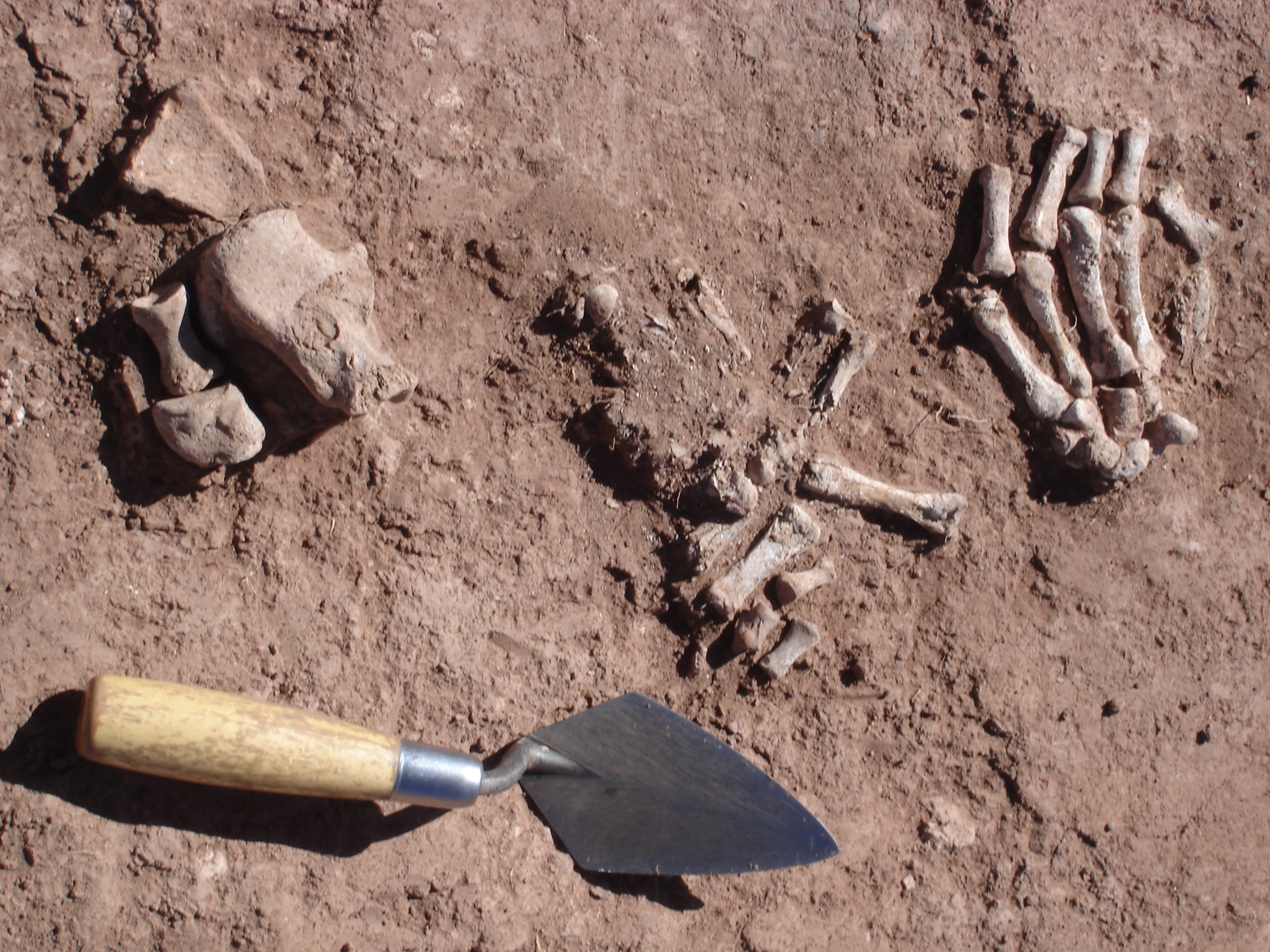 X-ray fluorescence tests performed on 27 blocks of a white, chalky material found at the site revealed that they were principally composed of calcium oxide—quicklime—produced by heating limestone at extremely high temperatures. When exposed to air, quicklime is converted into a white calcium carbonate plaster similar to that found coated on the bones at Khonkho Wankane.

Based on the presence of the quicklime and the absence of any long bones and intact skulls at the site, the archaeologists surmised that the circular structure they unearthed had been a mortuary complex that processed human remains.

Similar to how leather producers remove hair and fats from hides in a process called “liming,” the mortuary workers at Khonkho Wankane disarticulated corpses brought to them by nomads and then boiled the pieces in large cooking pots filled with water mixed with quicklime, a caustic brew that would strip muscle tissue and fat from the bones before they were cleaned. Workers used the llama-bone tools to stir and manipulate the contents of the cooking vessels. The presence of the red pigment suggests that the ritual process included painting the bones after they were cleaned.