When I was 18, I began to think about the foods I ate. It was triggered by the word “junk food,” which I read in some magazine. I also felt very sorry for animals, like cows, sheep, and pigs. I decided to give up on meat and generally began to carefully monitor what I ate. I read scientific articles and tried to understand how to replace normal (but not always healthy) foods. Not everyone around me understood my position, but now, 15 years later, I don’t regret my decision at all.

I would like to tell readers about a dozen foods that I managed to find healthy alternatives to. I’m sure that the life hacks described in this article will be really useful to those who don’t want to change their eating habits radically. But if you are ready to make major changes, consult a doctor first. 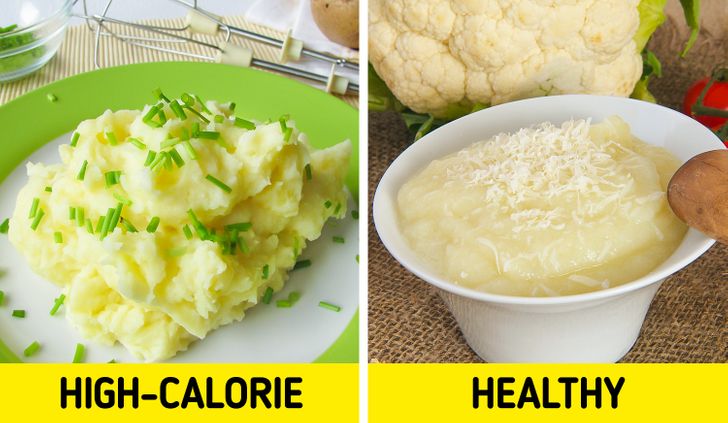 Mashed cauliflower is lower in calories than mashed potatoes, and these 2 dishes taste almost the same. For picky eaters, I mix potatoes and cauliflower in a 1:1 ratio and add some fresh herbs instead of salt. This way, you get a classic, but more dietary dish.

For me, I just make mashed cauliflower. It perfectly satisfies hunger and doesn’t cause a feeling of heaviness in the stomach. 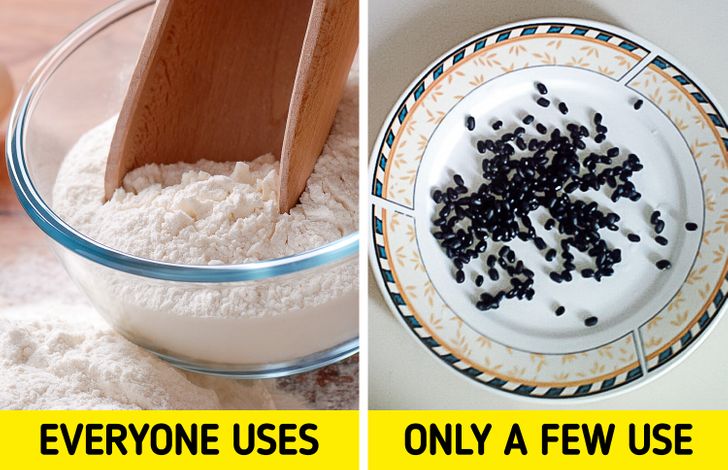 By replacing wheat flour with black beans in your pastries, you’ll get gluten-free dishes with an extra dose of protein. In addition, the beans are very tasty, even though many people think otherwise. When I cook something with dough, I use the hack of replacing 1 cup of flour with 1 cup of mashed black beans.

Believe me, the quality of your pastry won’t become lower. On the contrary, the finished dish will acquire a very interesting and incomparable taste. 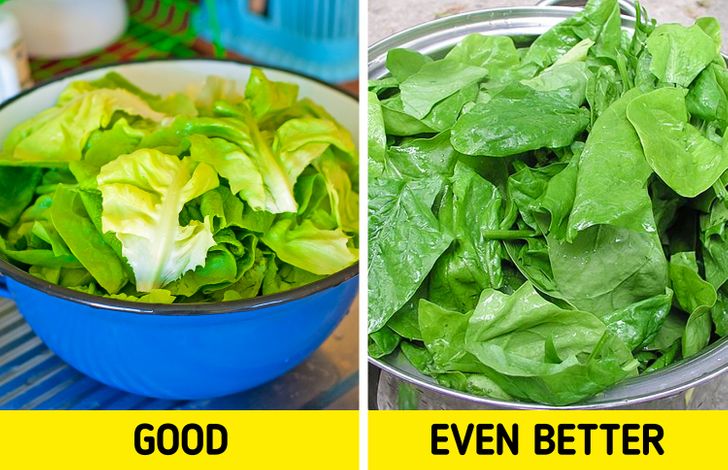 Why would anyone change one type of green for another? The fact is spinach contains 2 times more potassium, protein, calcium, iron, niacin, and vitamins A, B, and C than any other leaf vegetable.

Additionally, it’s high in fiber and minerals, including magnesium and phosphorus. It’s almost impossible to tell the difference in taste, but spinach has more nutritional value than lettuce.

4. Coffee vs chicory and matcha 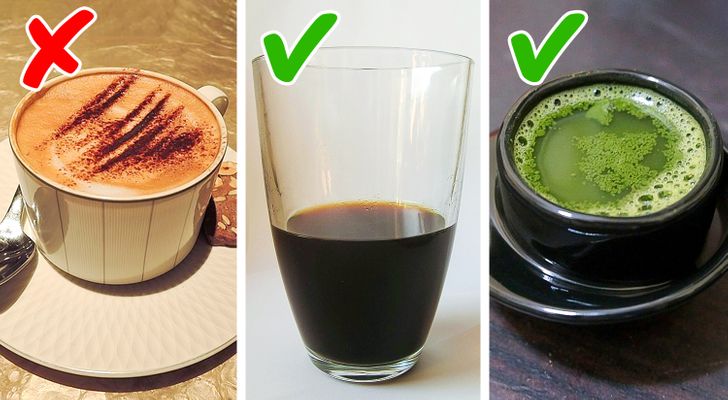 Everyone drinks coffee, but very few people know that 1 cup of the drink contains about 95 mg of caffeine. Excessive consumption of caffeine can cause nausea, anxiety, heart palpitations, and insomnia.

Chicory invigorates you too, but it doesn’t contain caffeine. Also, there is matcha, a green tea powder with effects that are way milder than that of coffee. In addition, matcha contains L-theanine, an amino acid that helps reduce stress. Unfortunately, not many people know about this healthy drink.