Star Wars is huge in the cosplay community, but these cosplays seem almost too good to be true.

Have you ever walked by an automatic door and pretended to use the Force to open it? Has an empty wrapping paper tube at Christmas ever suddenly become the weapon of a Tusken Raider? Have you ever pretended to be holding a lightsaber when you were really holding a flashlight? The Star Wars Saga has inspired fans to try to become one of its many characters for generations, and now with the power of cosplay, they’ve only gotten more advanced with their efforts.

Forget holding cinnamon buns to the side of your head and pretending to be Princess Leia – this is painstakingly recreating her mother’s wardrobe from The Phantom Menace down to the last hand-stitched bead. This is getting fellow fans to help you recreate the hulking silhouette of an Imperial Walker, or ingenious ways to transform yourself into General Grievous. All of these Star Wars cosplays should be next to impossible, but the force is with these 10 entries! 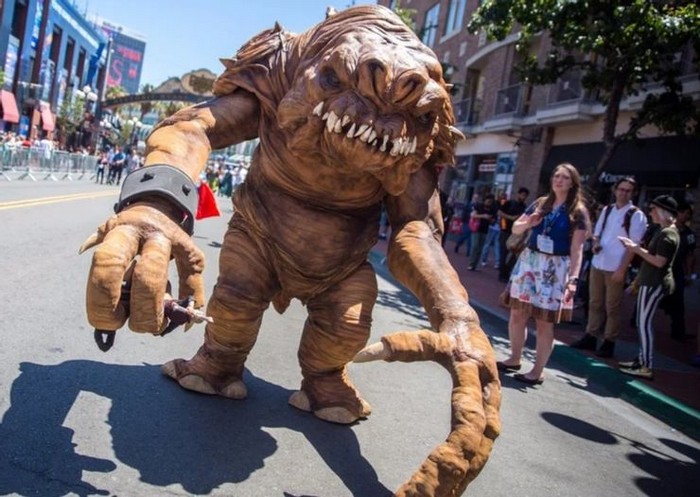 Making its premier at the 2015 Comic Con, this rancor cosplay brings Jabba’s gargantuan monster to life. In Return of the Jedi, the rancor was created using some masterful puppetry and camera angles, but this cosplay by Frank Ippolito  and his talented crew at ModelSpace USA has managed to make it into something we’d be afraid to run into beneath Jabba’s palace.

According to Ippolito, it took three weeks to put together, using highly detailed photos from the production team behind Episode VI. It was created using a mixture of sculpted foam, molds, and rubber cement paint. The eyes are solid, so the operator inside sees via a luminar camera installed inside the nostrils. 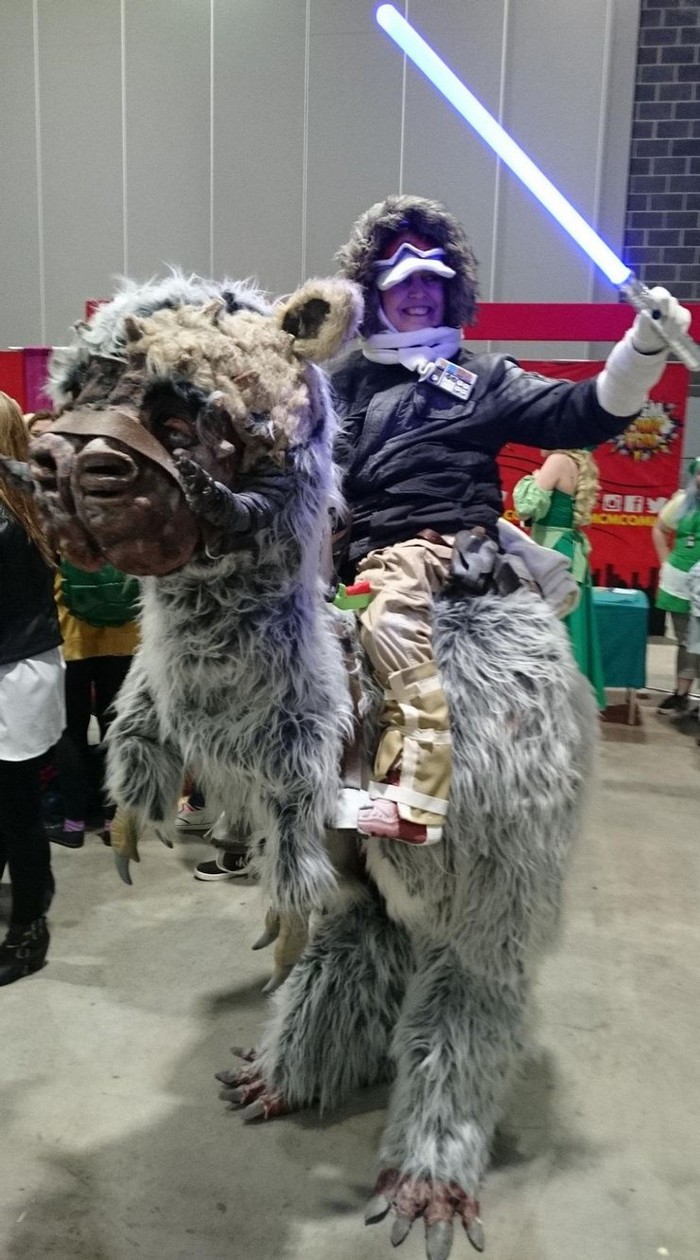 Coming across this beast at MCM Comicon Liverpool, you might just think you’ve wandered onto the set of The Empire Strikes Back. Created by the husband and wife team behind robbo37, this incredibly realistic tauntaun perfectly captures the ornery beasts from Episode V down to every exact detail.

Hannah appears dressed like Han Solo on the ice planet of Hoth, where tauntauns were used as beasts of burden and for transportation. When Luke Skywalker goes missing in the frozen wastelands, Han takes his tauntaun out to look for him in polar gear. Her legs are inside the tauntaun operating its legs, allowing her to move around the con floor realistically. If she’s going for hyper-realism, does it smell bad too?