Oprah Winfrey said once, “I managed to achieve such financial success because money has never been my main goal.” And that’s what most billionaires say too. Today, the primary concern of the wealthiest people is not necessarily earning money. For example, Mark Zuckerberg wants to change the world and Elon Musk wants to build a megapolis on Mars.

The players in the modern business arena are not simply successful fraudsters or children of fortune. Today, people who reach success are admired. They are educated, modest, and their status is proved not by the demonstration of luxury goods, but by the size of charitable contributions.

I is sure that a lot of things can be learned from those who managed to climb the financial Olympus with their own efforts. We suggest you adopt some of the principles of rich people to change your life for the better.

1. Live not only for yourself.

For modern billionaires, philanthropy is a spiritual priority. Many of them spend money to support the needy, to develop art, education, and medicine. Bill Gates and Warren Buffett started their “The Giving Pledge” campaign, the idea of which is donating 50% of their income to charity. There are more than 150 participants in this campaign including Mark Zuckerberg, George Lucas, Victor Pinchuk, and Vladimir Potanin.

Giving someone your time, attention, and energy means investing in them. By helping others, a person feels needed and gains peace in his heart that no dress is able to give. It is important to correctly prioritize. Children in orphanages or animals in shelters need your time more than a neighbor who complains about her lazy husband.

2. Say “no” to stereotypes and to the priorities of other people. 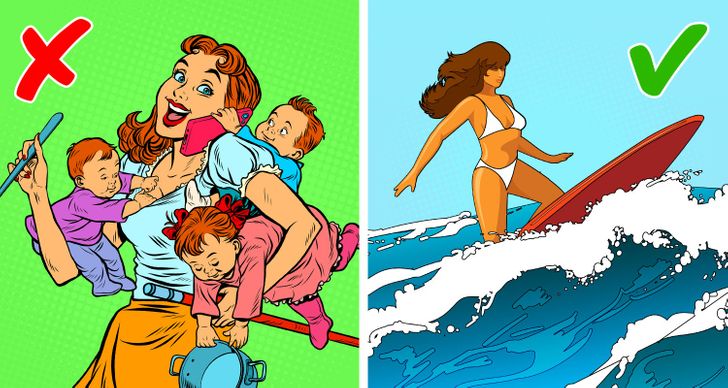 A woman’s place is in the kitchen, real men don’t cry, we need children to have someone taking care of us when we are old, and all of the other stereotypes not only distort our perception of reality, but they also prevent us from having a good life, achieving our goals, and being happy.

It was the desire to be different from others that helped many billionaires become what they are today. When guided by someone else’s opinion and stereotypes, it might be difficult to step beyond the boundaries to reach success.