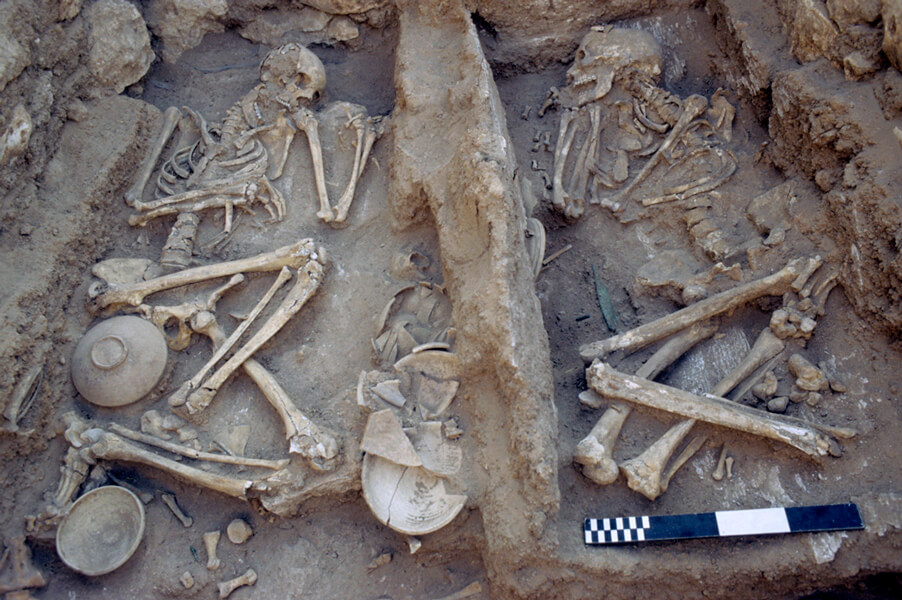 In a 2017 analysis of the carbon, nitrogen and sulfur isotopes in human bones found in the royal cemetery of Yinxu, for example, bioarchaeologist Christina Cheung at Simon Fraser University in Burnaby, Canada, and her colleagues found that those sacrificed probably came from outside Yinxu.

The discovery in Yinxu supported records in “oracle bone” inscriptions — the earliest known writing in China, which typically involved diviners carving questions on turtle shells or ox bones. These inscriptions had suggested that many sacrificial victims were foreigners whom the leaders of Yinxu captured in wars, and the isotopic analysis added physical evidence to back up that scenario. It also revealed that the captives were likely kept at Yinxu for years before they were sacrificed; Cheung and her colleagues suggested that these captives were enslaved as laborers, since it would not otherwise make sense to support them for so long.

“Archaeology has become more and more interdisciplinary, borrowing more and more techniques from other sciences that have allowed us to look into the past with entirely new levels of detail and accuracy,” Cheung says.

Scientists are also uncovering new details about the lifestyles of sacrificial victims. In 2013, archaeologist Andrew Wilson at the University of Bradford in the United Kingdom and his colleagues investigated three roughly 500-year-old mummified bodies discovered near the frozen summit of the volcano Llullaillaco in Argentina. With ages of between 4 and 13, these were separately entombed victims of the Inca child sacrifice practice known as capacocha.